Since the start of Arctic PASSION, the partners have been out in the field installing instruments and collecting data for the project’s pilot services. One example is a sea ice mass balance buoy which was deployed on sea ice in the Arctic Ocean by Arctic PASSION's Work Package 1, Establishing an adaptive and more complete Arctic Observing System.

The buoy has been drifting with the ice since Sep 2021 when it was deployed at 87.5N by Norwegian Polar Institute on an expedition with the research icebreaker Kronprins Haakon. The buoy has 256 sensors that measure air, snow, ice and water temperatures, atmospheric pressure, snow depth and solar radiation as well as its GPS position. The buoy has already reached 82N in the Nansen Basin, just north of the Fram Strait, with very rapid drift in the last two weeks. Data from the buoy is shared in near real-time on seaiceportal.de, an initiative of the Helmholtz Climate Initiative (REKLIM), the Alfred Wegener Institut, Helmholtz Centre for Polar and Marine Research and the University of Bremen’s Institute for Environmental Physics to gather all up-to-date information about polar sea ice. The plan is to deploy more buoys under the Arctic PASSION umbrella in the same area in the coming years since there are typically very few observations in the region between Svalbard and the North Pole. 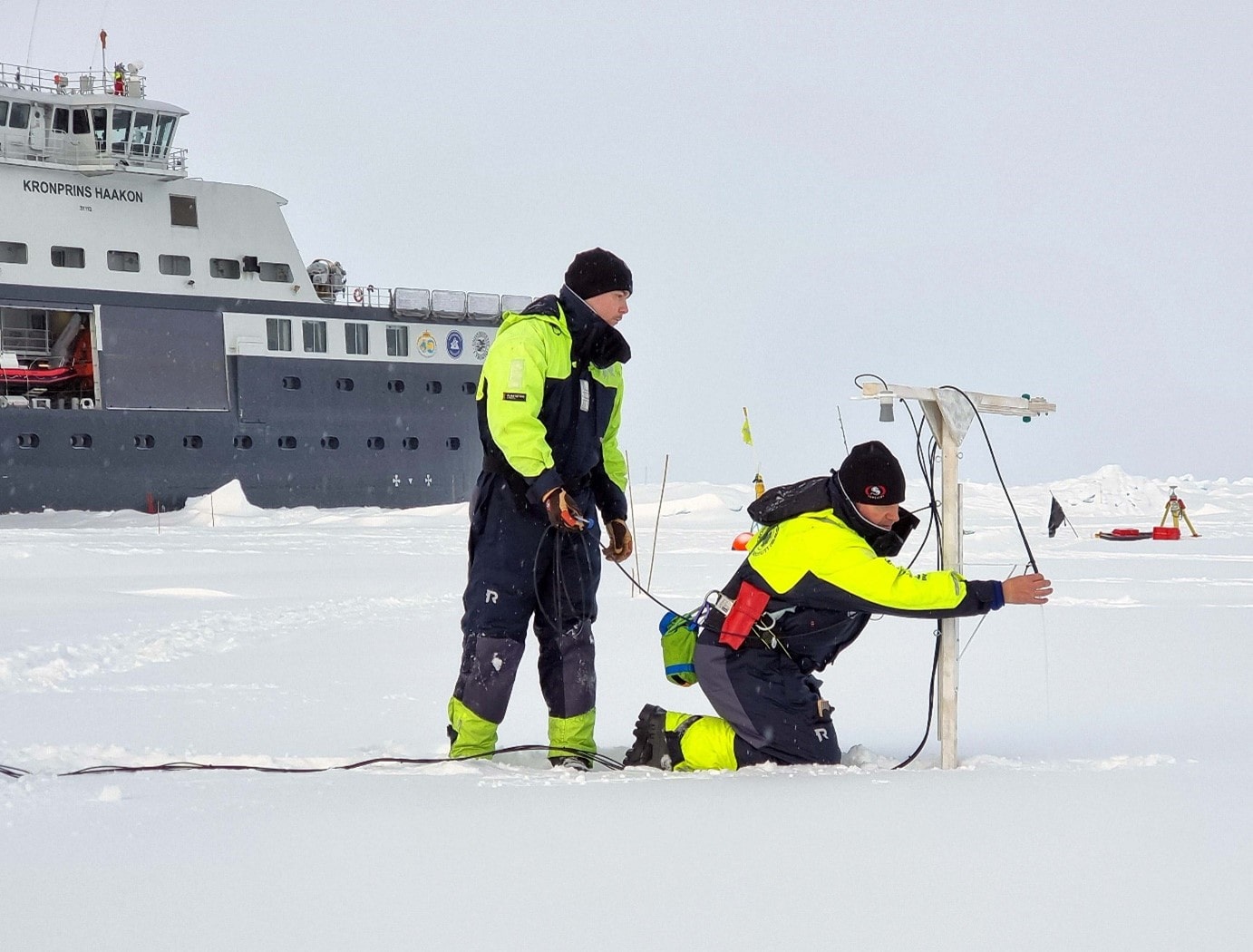 Expedition participants deploying the measurement systems on the ice at 87.5N. The sensors for snow depth and solar radiation are on a wooden support, while a hole was drilled through the ice for the thermistor string. Photo credit: Magne Palmesen, Airlift 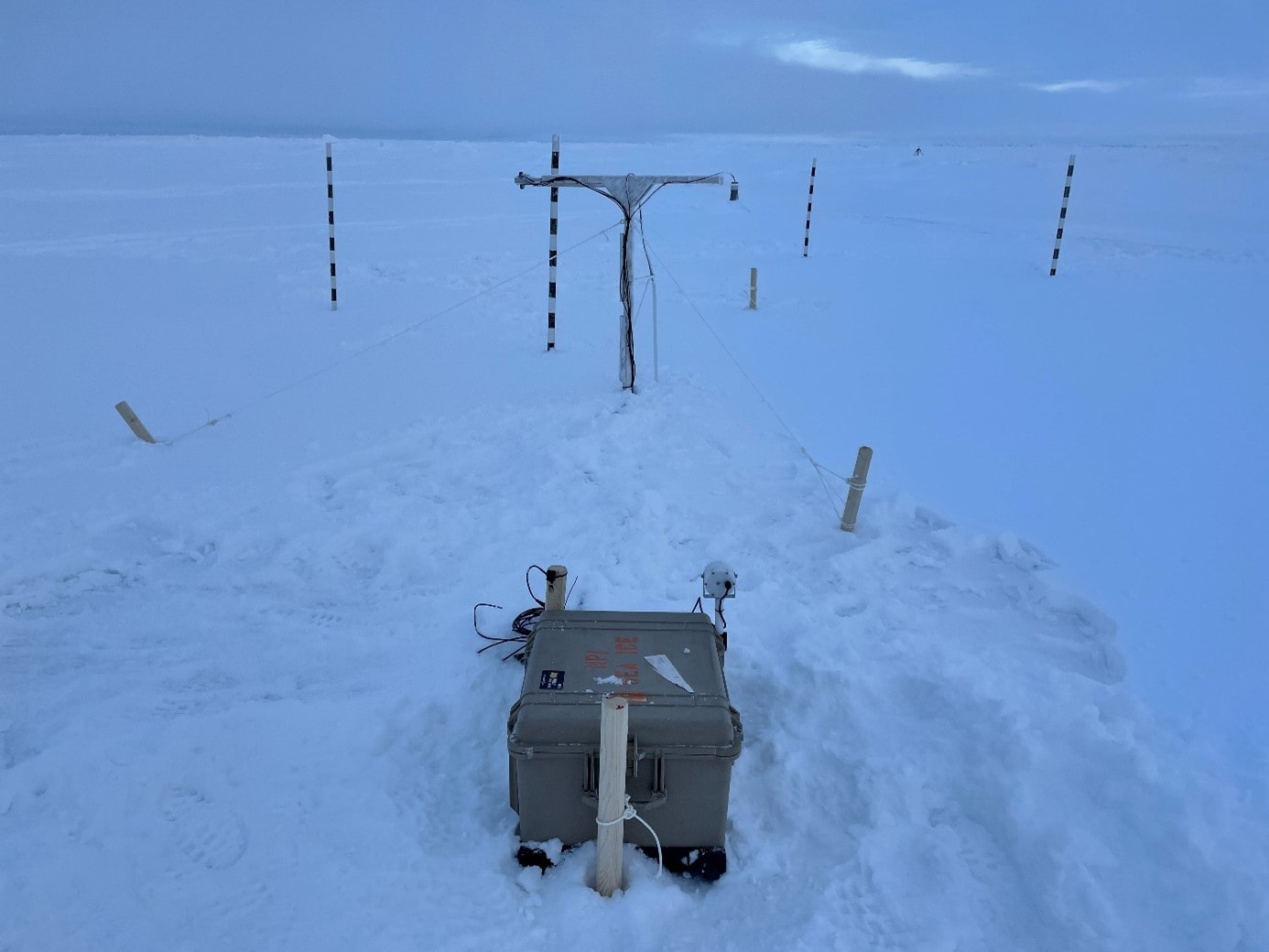