New Moorings In The Arctic Ocean

Two ocean moorings have been deployed in the deep Arctic Ocean, one in the western Nansen basin and one in western Amundsen basin, both anchored at about 4000 m depth. These were deployed in the past week during the Norwegian Polar Institute’s (NPI) Arctic Ocean 2022 expedition on the R/V Kronprins Haakon and are planned to stay in the water until 2024. 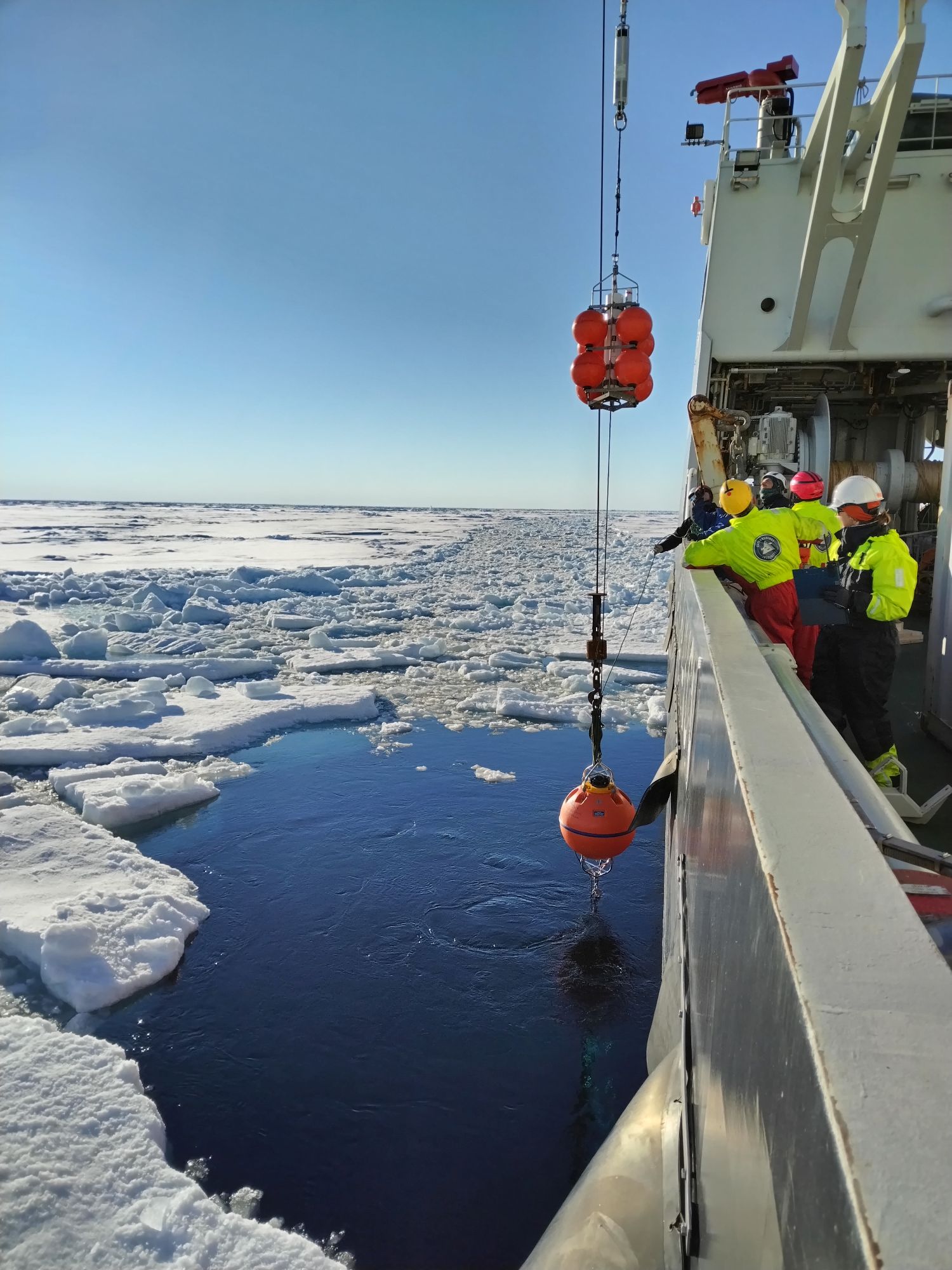 The moorings are equipped to capture the variability of the water characteristics throughout the water column, as well as the sea ice drifting above the mooring. Both moorings have the same set-up of instruments contributed by several projects within NPI, the FRAM Centre, and Arctic PASSION.

In line with the objectives of Arctic PASSION, the two observational sites are established with the aim to extend NPI’s long-term monitoring of the Arctic Ocean to this western part of the Eurasian basin, where observations are rather sparse.