Arctic PASSION is currently participating in the Arctic Ocean 2022 Cruise deploying several buoys that will collect data in the coming months while drifting with the ice. 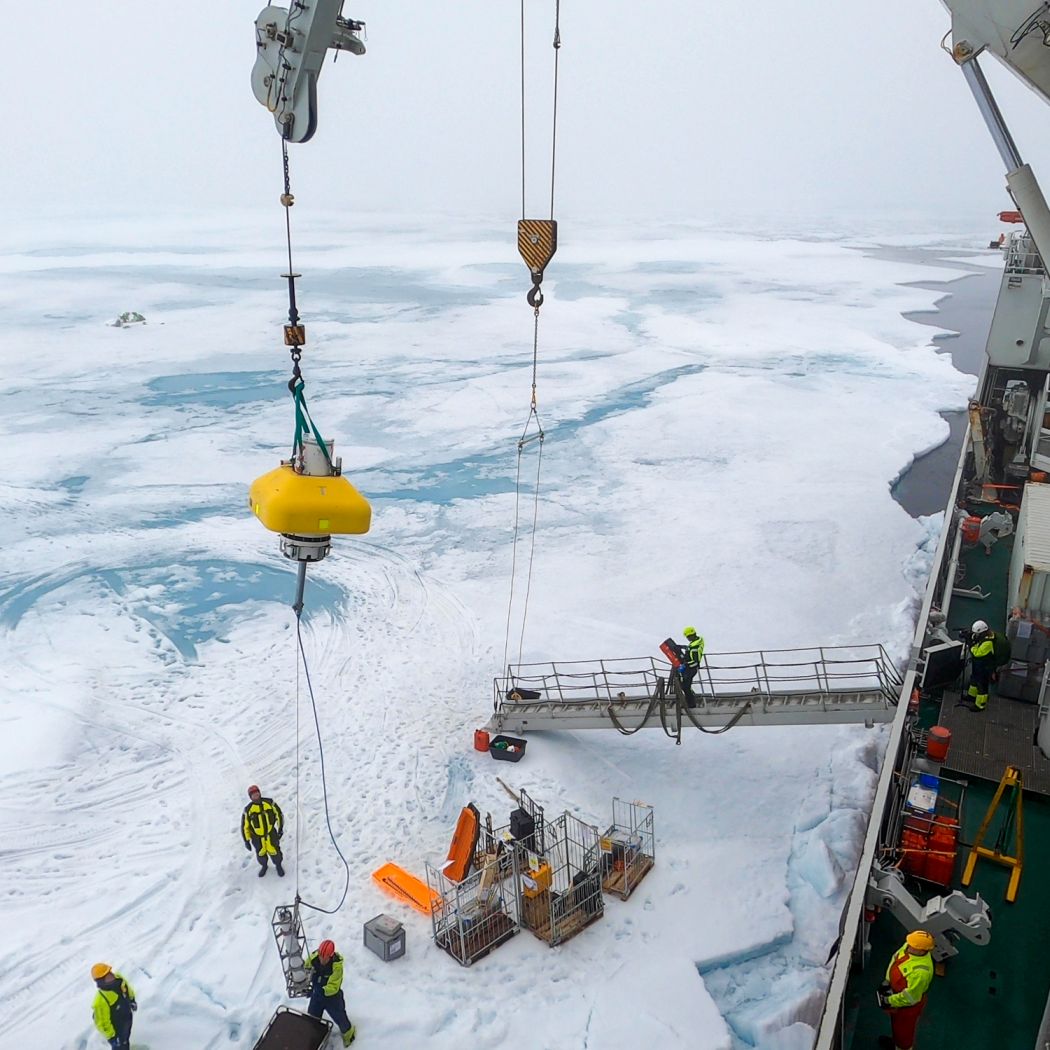 Buoy being craned down from the vessel onto the sea ice before deployment. Photo by Trine Lise Sviggum Helgerud @Norwegian Polar Institute

The research vessel Kronprins Haakon reached the North Pole on the 28 of July, and the work to deploy ice drifting buoys started soon afterwards. The largest buoy is carrying an acoustic fish and zooplankton profiler to map them below the ice as well as sensors measuring light intensity in the upper ocean. The ice mass balance buoys will measure snow and ice evolution. The buoys are likely to drift to the Fram Strait over the next half a year or so, collecting data underway.

The Arctic Passion partners UiT (the Arctic University of Norway) and the Norwegian Polar Institute are currently participating in the on-going Norwegian Polar Institute’s Arctic Ocean 2022 Cruise to the central Arctic. Several autonomous systems have been deployed in the Atlantic sector of the Arctic Ocean. These systems will extend already existing observations and fill known data gaps. More buoys will be deployed during the cruise, primarily in the western Amundsen basin.