A Legacy Of Community Observations In Unalakleet, Alaska: Following A Free, Prior, And Informed Consent Process To Bridge Science And Indigenous Knowledge

Introduction to the Unalakleet Project

As the world’s climate changes, and scientists observe the Arctic as a gauge to measure these changes, it is crucial for scientists to understand and properly engage with Indigenous and local communities in the Arctic. Living in the Arctic, even before the onset of major climate changes, has required people to find creative means to overcome constant streams of challenges and to continually respond to environmental conditions. Indigenous people in the Arctic rely heavily on the return and reciprocity of resources that follow seasonal shifts from summer to winter and back again, year after year. Locals in the Arctic face challenges in real time and, to survive, work together to find means to overcome and prosper in the face of adversity. That is why communal respect is a natural part of surviving in the Arctic.  As we all know, climate change has deeply impacted people across the Arctic. Stress on flora and fauna, increased power and frequency of storms, loss of sea ice, thawing permafrost, land erosion, major flooding, extreme rain events, and poor air quality associated with forest fires are some of the main issues facing Arctic communities related to climate changes. Many Arctic communities, like Unalakleet, Alaska, for instance, are unfortunately facing most or all of the challenges listed.

Unalakleet (UNK) is a beautiful community on the Bering Sea coast in western Alaska. Located at the mouth of the Unalakleet River, the village has historically had access to a bounty of marine resources including ocean salmon, seals, beluga whales, crab, herring, and herring eggs on kelp; in addition to land and river resources such as salmon, freshwater fish, moose, caribou, beaver, wolves, wolverine, all types of berries, plants, geese, ducks, crane, and so much more. Local access to these resources in Unalakleet is under threat due to climate changes compounded by the lack of rights for locals to govern and protect these resources. The Unalakleet area has access to gravel and great places to build infrastructure, however the location of the village nearest to the coast and river, like so many other communities in Alaska, face the threats of erosion and flooding. The Unalakleet river valley has a long history of being a crossroads of cultures due to the area’s proximity to the interior region of Alaska, specifically the Yukon River, through the Unalakleet-Kaltag portage. 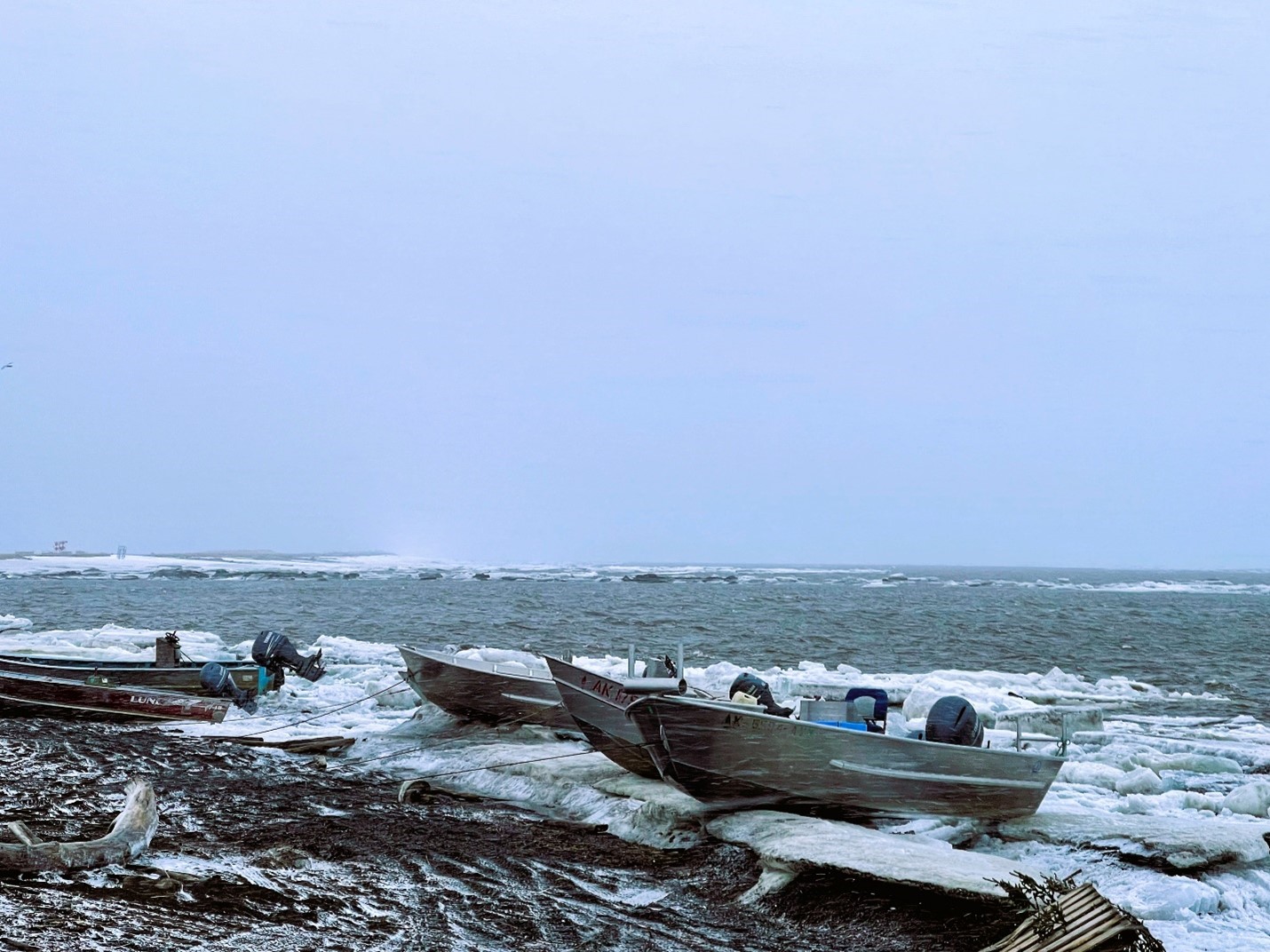 Free, Prior, and Informed Consent

Functional relationships with open lines of communication within research teams, including scientists and Indigenous partners, are required to truly follow the process of Free, Prior, and Informed consent as distinguished by the United Nations when conducting any type of research in any Indigenous community. One should not underestimate how difficult it is to establish these relations and lines of communication, especially within projects that have a list of funding requirements but also want to approach Indigenous communities to ask for their inclusion and guidance within a project. How do you balance the needs and directives of an Indigenous community with the (usually pre-established) requirements of funders and research entities, when trying to follow the process of Free, Prior, and Informed Consent? There is no single answer to this question, each situation is unique. One thing that can be said is, it will always take considerable time, effort, and resources to properly build the trust, relations, and open lines of communication to truly work with Indigenous communities in Arctic research project.

About the UNK Project – Carrying on a legacy of research

In the case of the Unalakleet work associated with the Arctic PASSION project, relationships had been formed and fostered over the course of multiple decades. Take for instance, the late Unalakleet Elder and well-known Inupiat leader Sheldon Katchatag, Sr.: he provided guidance and wisdom as a primary informant to research projects such as “It has been in our blood for Years and Years that We Are Salmon Fishermen – A Book of Oral History from Unalakleet”, a project led by the Snowchange Cooperative in the early 2000s focused on local Indigenous knowledge and oral history in Unalakleet. 20 years later, Sheldon Katchatag, Jr., was interviewed at age 74 in the same living room of his late father, about very important and similar issues regarding ecological changes he has noticed over his lifetime as a fisherman and dog sled musher. This continuum of research is helping to complete the story of how people are dealing with decades of climate changes in Unalakleet, leading up to today. 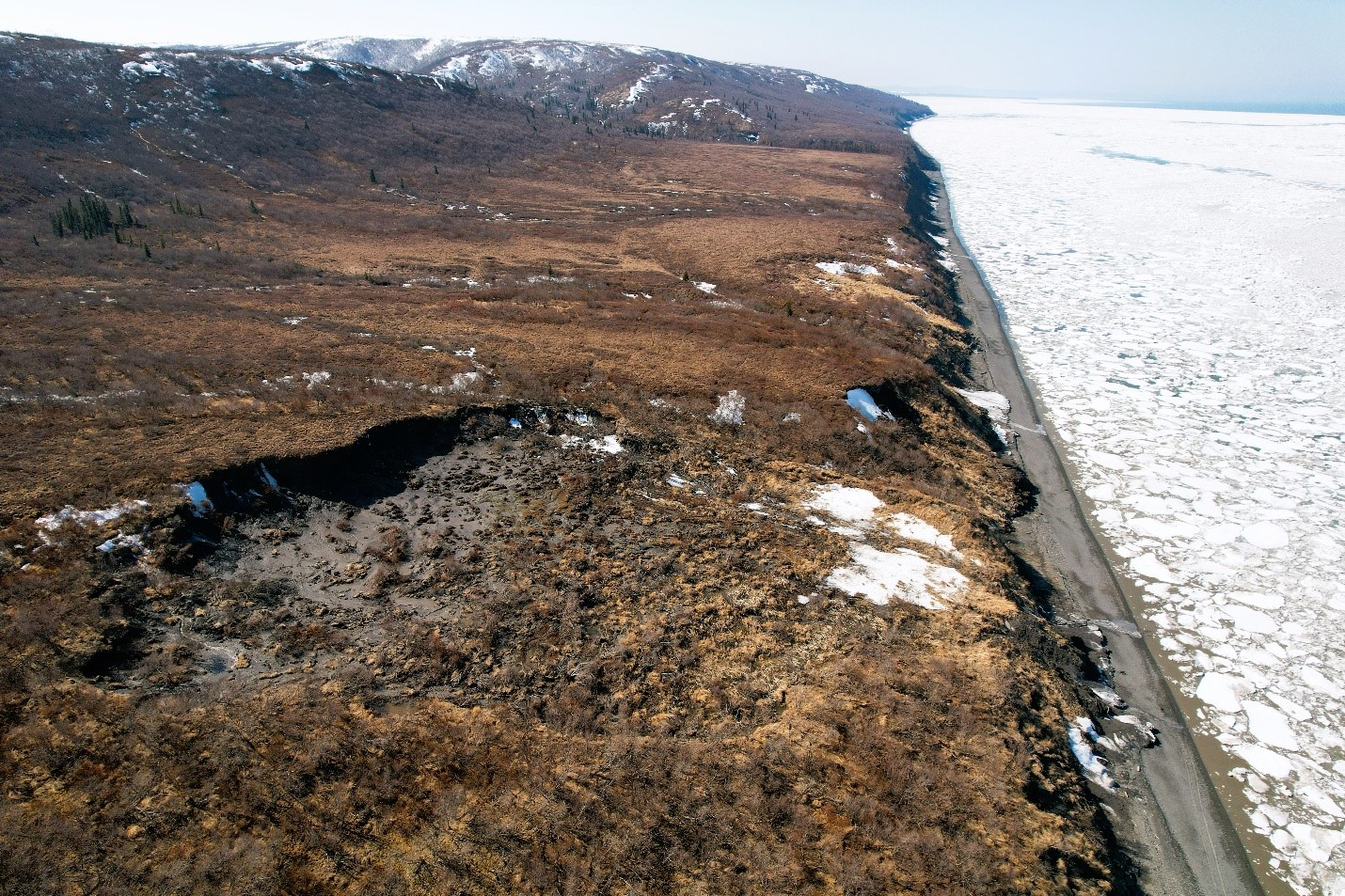 To take it a step further, the local Indigenous lead on the Unalakleet Arctic PASSION work who interviewed Sheldon Jr. in the spring of 2022, Kaare Sikuaq Erickson, also took part as a youth representative in 2002 for the oral history project! The Unalakleet work in 2022 is building off of the work previously done in Unalakleet. The previously established relationships have allowed for this work to be effectively guided by the community, primarily through frequent communication between the project leads and the leadership and staff at the Native Village of Unalakleet (NVU), the local Tribal entity, in addition to the locally elected NVU Tribal Council.

So, how did we specifically follow the process of Free, Prior, and Informed Consent during this project? We began by spending time meeting with the federally recognized tribe in Unalakleet, the Native Village of Unalakleet, in addition to dozens of informal conversations and meetings with Elders, leaders, and providers (hunters, fishers, gathers) of Unalakleet. Together we formulated a plan to investigate local perspectives of ecological changes, and by building on past research and the knowledge of the Elders, we wanted to check in on the depth and magnitude of the changes.

Another driver for the project was to create local capacity, and to provide the community with resources and deliverables that make tangible and positive impacts on the community while still fulfilling the requirements of the entities that fund the project. During brainstorming sessions with local folks regarding how the project can make the information gathered most impactful and readily available to the community, it was agreed upon with the NVU and representatives of the project to produce large, hard-copy versions of a large atlas map (or a series of them) to provide to the community to hang up in their homes to help foster discussion and learning amongst different age cohorts in the community.

The project also has gathered drone imagery and video of most of the primary cultural use areas on the Unalakleet River and coastal areas around Unalakleet, in addition to footage and pictures of cultural activities, storms, freeze up and breakup, large areas of erosion, and some wildlife. Additional deliverables include short videos utilizing the gathered media in addition to the recorded interviews with Elders telling stories about cultural land and sea use changes they have recognized. To capture local perspectives and important Indigenous knowledge, the project lead, Kaare Sikuaq, sat down with several Elders and local providers in 2022 and interviewed them about history, traditional placenames, ecological changes, observation, and suggestions/ideas for project deliverables, etc.

Next steps in the project include a limited number of additional Elder interviews in Unalakleet, creation of a series of short videos on climate challenges and issues in Unalakleet featuring Elder interviews, drafting of the cultural atlas of the UNK area, drafting of the detailed subsistence rounds for the backside of the laminated cultural atlas, meeting with the community to ensure correct information, and working with Arctic PASSION leadership to help maximize the benefits of this project to the greater learning and goals of Arctic PASSION. The project is also working with the Unalakleet Schools to lead a K-12 educational activity in which students complete mapping and oral history projects on Arctic observing in association with local observations of ecological change in and around Unalakleet.