Happy International Day Of Women And Girls In Science

Today is the International Day of Women and Girls in Science. Arctic PASSION would like to use this day to advocate for full and equal access to and participation in science for women and girls, recognizing their role not only as beneficiaries but also as agents of change. 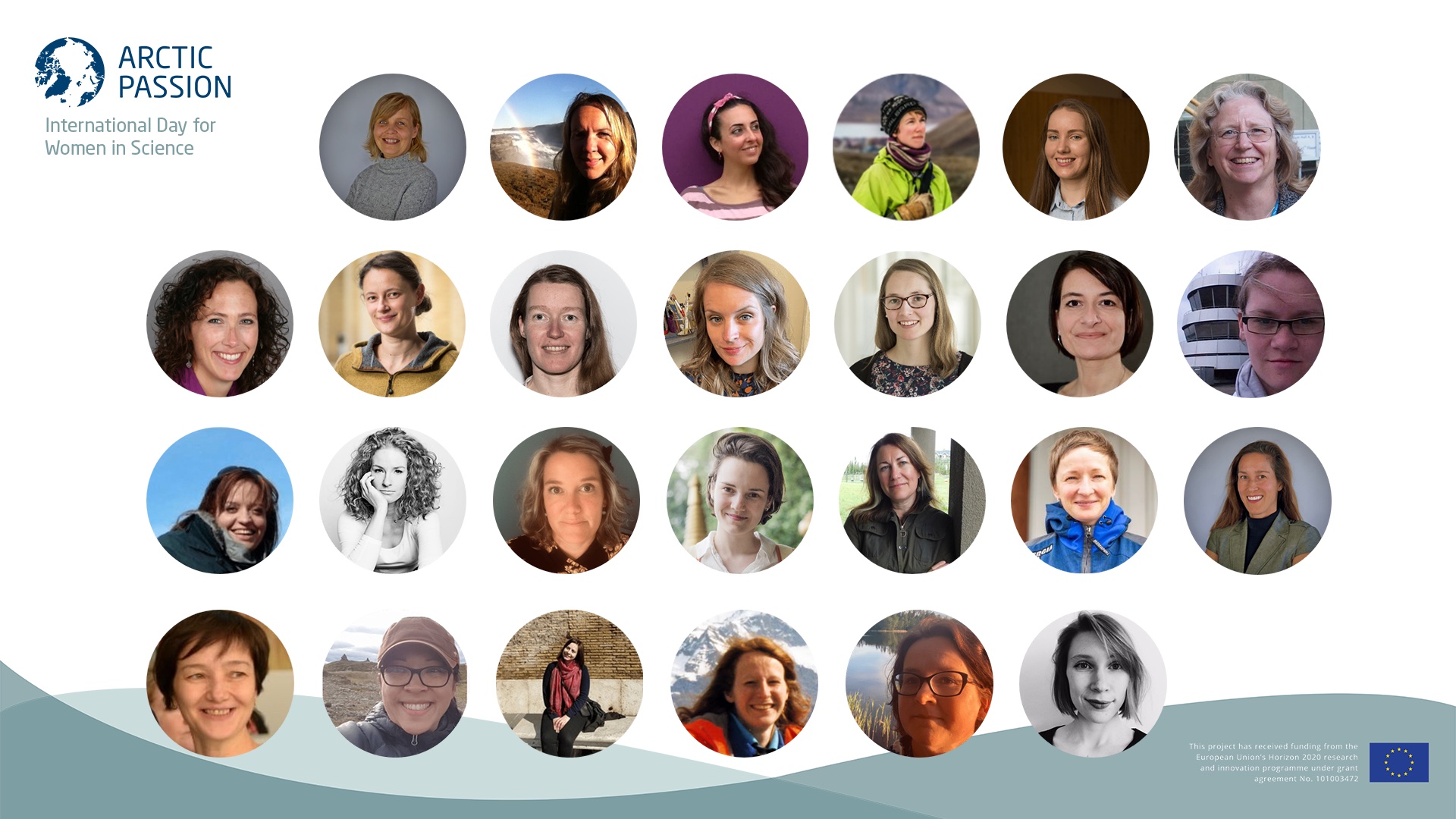 Some of the many Arctic PASSION women.

Although in recent decades there has been a lot of effort in inspiring and engaging women and girls in science, they continue to be excluded from participating fully in science. According to the United Nations website dedicated to the International Day of Women in Girls in Science, a significant gender gap has persisted throughout the years at all levels of science, technology, engineering and mathematics (STEM) disciplines all over the world. For instance, women are typically given smaller research grants; only 12% of national science academy members are women, and they only constitute 28% of engineering graduates and 40% of graduates in computer science and informatics – the technological fields driving the Fourth Industrial Revolution; and they have shorter, less well-paid careers.1

“What is unique about Arctic PASSION is the enthusiasm that I see in all other colleagues and partners in the project! It is really inspiring! My everyday challenge is to be a good mother and a good researcher at the same time.”

Inclusiveness and co-creation are key concepts of Arctic PASSION, and we believe that polar research will become stronger if we address intersecting barriers faced by members and would-be members of our fields. Polar research is poised to benefit from a tremendous diversity of ideas and approaches – but only if we commit ourselves to understanding and addressing overlapping, interconnected barriers to equality.2

“Science, technology, engineering and mathematics (STEM) are a core part of our work. It is in these fields that as societies we are still far from an equal participation of the genders. We still experience a painful imbalance of men and women in leading positions. We all need to try hard to arrive at a more balanced participation of men and women for example in science, by motivating women to join this exciting field of work and by creating a working environment in science that allows more womn to continue their careers and to reach leading positions. The composition of who is doing the science has an impact on what it is used for, and only a more balanced participation can bring an outcome that is useful for society as a whole. It is the responsibility of those who are working in science already to make that possible.”

As a project aims at co-creation of a coherent, integrated Arctic observing system by improving and extending the pan-Arctic scientific and community-based monitoring and integration with Indigenous and Local knowledge, involving 43 partners from 17 countries including eight Indigenous communities in addition to a network of collaborating partners from across the globe, Arctic PASSION takes diversity, equity and inclusion seriously.

“What is unique about Arctic PASSION is that it is multi- and interdisciplinary and so much is needed to unravel the processes of the changing Arctic. I personally (and luckily) have not encountered challenges because of being a woman, but the beauty of having children can become quite a challenge when being away from work during intense periods of childcare.”

Arctic PASSION’s Diversity, Equity and Inclusion (DEI) policy is a key document clarifying the ambition and guidelines for a ‘code of conduct’ within the project. The document reinforces that Arctic PASSION will strive for diversity and gender balance in all activities within and outside of the project team, and enhances the project’s research tasks which aim to identify the requirements for an observing system that is relevant and useful for all people, reflecting the diversity of societies.

“The fact that societal needs are at the core of Arctic PASSION is as timely as it is important in the fastest changing environment on Earth. I have never faced any challenges in my profession due to being a woman. I’ve been lucky to have always worked with very inclusive teams. A strong team is a diverse team, and this is certainly something I have been able to witness in the field.”

“I really like that Arctic PASSION is a holistic and inclusive project and is oriented towards the societal needs, instead of following what could be scientifically interesting.”

Among Arctic PASSION’s members are accomplished women who are actively advocating for gender equality in addition to being experts in their scientific fields. For instance, Dr. Gosia Smieszek, a Researcher and Project Coordinator at UiT The Arctic University of Norway in Tromsø is also a co-founder and co-lead of ‘Women of the Arctic’ (WoA), a non-profit association registered in Finland, together with Dr. Tahnee Prior, a Killam Postdoctoral Fellow at the Marine & Environmental Law (MELAW) Institute of the Schulich School of Law at Dalhousie University in Halifax, Canada and an interdisciplinary scholar of Arctic governance. WoA aims to raise awareness, support, and maintain a focus on women’s and gender-related issues in the Arctic, and Gosia and Tahnee co-founded and co-lead PLAN A, a digital storytelling platform that seeks to maintain a long-term focus on issues relating to women and gender in the Arctic, as well as highlight and promote the inclusion of broader gender perspectives in all aspects of northern life and policy. Their slogan is “Gender is not Plan B in the Arctic”.

“I love the complexity of the project. There are so many different tasks and topics that it encompasses almost any aspect of Arctic research. The diversity, international and cultural, of the team is just wonderful and it is the perfect working environment for me. I do not remember any specific instances of being directly discriminated against or harassed for being a woman. However, I have often felt out of place for example at meetings with mostly men at the table. For many years I suffered from imposter syndrome which is also more common for women than for men. Thankfully, I have an outgoing personality and am not shy to speak up at meetings or reply to challenging questions. And having reached my forties I have finally decided that I do not care about what others think of me.”

Another Arctic PASSIONer advocating for women is Dr. Renuka Badhe, who has been working in polar science since 2002. She holds a PhD on Southern Ocean phytoplankton physiology and has a background in land economy and environmental sciences. Renuka currently works with the European Polar Board as their Executive Secretary, and has previously worked with organisations such as the Scientific Committee on Antarctic Research (SCAR), the International Union for the Conservation of Nature (IUCN), and the Student Conference on Conservation Science at the University of Cambridge. Renuka advocates for diversity in science and has been invited to speak on this issue frequently3. Renuka is also co-founder of the Women in Polar Science network, which aims to build a strong network of Women working in Polar Science and inspire others to become polar scientists.

“I have had the pleasure to work with a number of female Arctic scientists (e.g. Grete Hovelsrud, Cecilie Mauritzen, Marit Reigstad, Margareta Johansson, Anja Strømme) as well as some not directly working in the Arctic. The list above is by no means exhaustive and not because they are females, but as they have wonderful minds, thoughts and visions, and the ability to ask the proper questions.”

The core team of the Arctic PASSION communications and training consists of four women who work closely with everyone working for the project to make sure that information about the project activities and the results of the project will be available for diverse audiences and communicated in a balanced way.